No doubt you’ve been concerned that I might have fallen off the edge of the earth or something. Well, no, but I did wake up Saturday to discover I had no Internet connection. That’s a catastrophe of the first order around here.

Nothing I did could breathe life into my connection, so as a last resort, I called Comcast. They said they were pushing a signal but it wasn’t getting through, so a serviceman was scheduled to come out Sunday (yep, seems they work Sundays). Didn’t take him any time at all to see my modem was fine but my router was dead. He hooked my big computer directly to the modem and told me I could get a new router for free at the nearest Comcast Service Center. 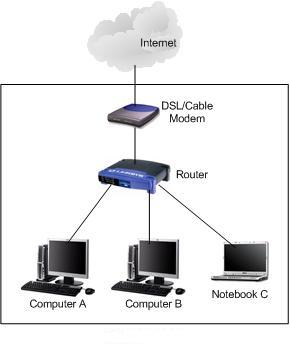 I did so the next day, but no amount of guessing, hemming, or hawing on my part could get my network up and running again. You see, my son set it up the first time and I have zero idea how to do it. At one point I thought I at least had the big computer networked again, leaving only the laptop to configure. But whatever connection I had instituted on the big machine kept failing.

Anyway, I’m back to no router in the loop and Internet access only on the machine in the back room. That’s little better than no access at all, since I am totally addicted to having a laptop at my fingertips as I lounge on the living room couch, watching TV and munching chips. Having to get up and leave all that just to go to a back room to check IMs, email, and news, browse other blogs or tend to my own, is a huge barrier to overcome. I’ve been rather shocked at my total dependence on that laptop. Seems like breathing is about the only thing I can do without it and the Internet.

It will probably be the weekend before my son can get over here to get everything running again. I’m way too embarrassed to say, “Look, you don’t understand. You have to get over here tonight! I’m desperate!” But I’ve seriously considered it.

Meanwhile it has dawned on me that Comcast never misses a chance to make a buck. They may have handed me that router without asking for cash, but what do you bet there’s a new monthly charge on my bill? I was just too hurry hurry gimme a router gotta have a router now now now to think of asking about charges.

If it turns out there is a monthly “rental,” you can bet I’ll be ordering a new router online and returning this one. Meantime, I’m preparing for my next technological challenge. Son promised to bring with him that MacBook he offered me some months back.

And now that I've had my say ... Cancel reply