Home › Law › Constitution › Worth repeating — Tighter gun laws: If not now, when?

Worth repeating — Tighter gun laws: If not now, when?

A comment yesterday prompted the reprinting of this post from July 24, 2012, a few days after the Aurora, Colorado, theater shooting. How many more times will it have to be reprinted? 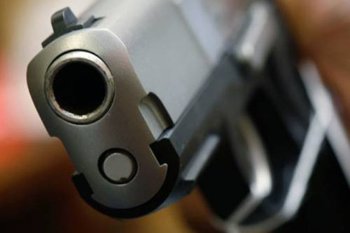 In the wake of the theater shooting in Aurora, Colorado, last week, there has been a lot of soul-searching and discussion about the nation’s gun laws. It didn’t seem to matter that mourning was, for a while at least, more appropriate than ratings grabs and political posturing. Commentators and politicians couldn’t wait to have their say on gun control. And as surely as the sun rises in the east, gun ownership was defended by the NRA — sometimes in grotesque statements that verged on blaming the victims for not having been armed and ready to defend themselves.

To the NRA and its supporters: Don’t tell non–gun owners you have a right to own guns while denying them the right to be free from guns and the danger they (and possibly you) pose. Only some 30 percent of Americans own guns. They have that right. But that means 70 percent of Americans don’t own guns. They have that right, and they need to assert it. The only reason we don’t have stricter gun laws is money — the money the National Rifle Association and its supporters spend to influence politicians and buy votes in Washington.

We need some strict new laws governing the purchase, ownership, and use of firearms. And don’t say it’s too late; there are already too many guns out there. We may not be able to retrieve all the guns in the hands of criminals and irresponsible or incompetent individuals, but we can certainly make it more difficult for them to get guns in the future. If we don’t, we’re little better than enablers. And don’t argue that tighter laws will never stop the lone wolves. We know we can’t stop all of them, but we can certainly make it harder for them to succeed. When the problem in society is too many guns, the solution is not more guns, as the NRA argues; the solution is fewer guns and tighter controls.

Here are some off-the-cuff suggestions for lawmakers to consider:

To many gun owners, the right to bear arms is practically a religion. And that’s a useful analogy. The law says we can practice any religion we want, but we don’t have the right to impose it, its tenets, and its effects on anyone else. Gun owners should confine their religion to their homes, gun ranges, hunting areas, and churches. They should not be allowed to impose it on the rest of us.

Tighter laws would not deny and are not intended to deny responsible, law-abiding adults their constitutional right to own guns. But some reasonable controls are in order. They are, in fact, long overdue. If other civilized, modern societies can do without guns, so can the United States. We are well past the days when a “well regulated Militia” was “necessary to the security of a free State” and every man carried a musket.

Regaining control of our guns will be a monumental task, but that should not deter us. The task will only get bigger with time. We need to start now.

“… [T]here have been plenty of folks in Washington who’ve said that the politics is just too hard … Don’t do it now. My question to them is: When is the right time? If not now, when? If not us, who?”

He wasn’t speaking of gun control at the time but the reasoning is the same: If not now, when?