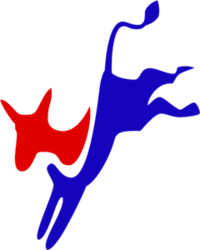 There was an opinion piece in the Washington Post yesterday entitled “Vote against all Republicans. Every single one.” Author Max Boot began by quoting Joe Biden:

Boot urges readers to vote against every single Republican — and that’s exactly what I did about 10 days ago on my mail-in ballot.

I’ve never voted a straight-party ticket before, even when I belonged to one of the major parties (I’m unaffiliated now). But this time I did. Straight Democrat, all down the line, regardless of the candidate.

That violates my long-held belief that one should vote the candidate, not the party, because there are good and bad candidates in every party.

But my thinking was this: Every one of those GOP politicians in Washington began as just a local nobody in their hometown way back when. So I decided to start at the source, with the local races and candidates I’d barely heard of. Perhaps if they can’t win as Republicans, they’ll reconsider their political futures. In any case, I thought, I’ll try to stop the madness at its source, or at least send a message all up and down the line.

I even spent a few hours researching all the judges hoping to be reconfirmed. Their parties aren’t listed on the ballot, but given the Kavanaugh fiasco in Washington, I decided I would not approve any Republican judges. If I could not determine their party affiliation, I went by the party of the governor who appointed them.

So there you have it. My reasons for voting straight Democrat. I’m not particularly proud of it and many of you may disagree, but I’m angry. Fed up. Deeply concerned for my country, my planet, and the future.