Susan Richards is a retired editor living in the Denver suburb of Thornton, near the family and mountains she loves.

Is John Kerry’s “flip-flopping” really that? Or is he a thoughtful, open-minded person willing to reconsider and refine his beliefs as new information comes to light? Is George Bush really […]

Don’t you hate it when your morning routine gets abruptly, unexpectedly disrupted? It’s your way of slipping into the day as easily as possible, without having to think too hard […]

Law, Government, and Politics An interesting, thought-provoking site for this very political season. At the end of it, I had no idea how to classify myself. Too bad. It might […]

It’s sad, really, to see someone of Dan Rather’s stature lose his journalistic judgment in the twilight of his career. He and Mary Mapes should resign from CBS, if they […]

It’s not easy being Blue…

… in a bedrock Red state like Oklahoma. Especially when you’ve grown up here and spent most of your life here. The most socially acceptable stance is conservative, fundamentalist, and […]

I’m a gamer, you’re a gamer

Project Massive A fascinating study of online gamers. Who are they? How old are they? Do only boys play? All the stuff I’ve wondered about for years, knowing full well […]

God is a Democrat

God is a Democrat. That’s the only logical explanation for all the hurricanes hitting Florida this month. 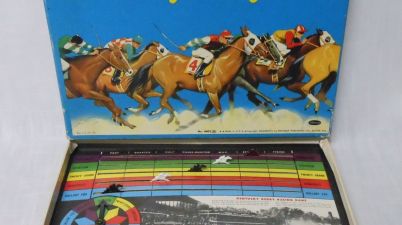 I remember so many little things you did for me when I was young. So very young, in some cases, that I really don’t know how old I was at […]

A star is born. USATODAY.com – Barack Obama’s remarks at the Democratic convention