What a reasonable person would do

I just heard BP will start spraying oil dispersant under water, “something that hasn’t been done before,” according to the report. Is it just me, or is everything BP tries […]

BP leak not bad enough to stop Shell in Alaska

Shell Oil today received permission from U.S. federal court to go ahead with their plans to drill five exploratory wells off the Alaska coasts. According to The Huffington Post: Shell’s […]

Much ado about Arizona

Arizona is getting a lot of negative publicity these days, mostly because of their recently passed anti–illegal immigration law (SB 1070 and amendment). I’ve no problem with that law and […]

We are not Borg

Yesterday I heard a really troubling update on that story about the California students who were sent home for wearing the American flag on Cinco de Mayo. I first wrote […]

Surprise, surprise. Oil is still gushing into the Gulf of Mexico at the rate of 210,000 gallons a day, but the responsible parties seem more concerned with blaming each other […]

There’s a small but important piece of legislation languishing in the U.S. Senate right now. It’s called the Fair Access to Credit Scores Act of 2010 (S. 3247), and you […]

Today I accidentally stumbled onto someone’s personal website and saw names, other personal information, and some lovely family photos that I’m pretty sure weren’t meant to be accessible to the […] 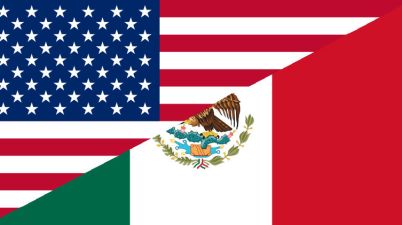 Tail starting to wag the dog in U.S.