Arizona Gov. Jan Brewer (R) has just signed the state’s new anti–illegal immigration bill, SB 1070, into law. Hats off to Arizona. It’s about time somebody, somewhere did something about enforcing […]

God and a good heart are no excuse

I’ve had a very negative reaction to those American missionaries in Haiti who picked up Haitian “orphans” and tried to take them across the border into the Dominican Republic. I’ve […]

You’ll see Matthew McDermott’s still photo a lot and I predict a Pulitizer Prize for it in the spot news catagory. But nothing in that still shot can show the […]

The meanest men in America

With tens of thousands of Haitians dead or dying in the aftermath of Tuesday’s earthquake, two well-known Americans stepped up to address the tragedy: Tonight Jon Stewart blasted both Pat […]

Leave Afghanistan to the warlords

I doubt there’s anything President Obama can say tonight to convince me we should be sending 30,000 more troops to Afghanistan. We went into Afghanistan to get Bin Laden. We […]

Okay, what’s the delay with Obama’s decision about troops in Afghanistan? He’s been getting his Afghani ducks in a row for months. I’m all for careful consideration, a gathering of […] 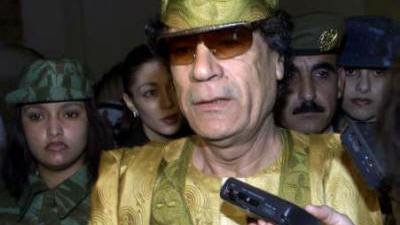 Tenting tonight … or not

Libyan leader Moammar Gadhafi (one of many spelling variations, including “thug”) won’t get to pitch his tent on Donald Trump’s Bedford, NY, property after all. Boo hoo. The Donald usually […]

Those who ignore history …

There’s been lots of talk the last few weeks about the US military presence in Afghanistan. Frankly, I haven’t paid much attention. History tells us no outside power has succeeded […]

Iran’s Ayatollah Ahmed Khatami, at Friday “prayers” in Tehran, showed the sort of mentality the Iranian protesters are up against. He called for the arrest and punishment of protesters, treating […]