Because our government tried so hard to keep pictures like this out of the press, I thought I’d hang on to this one. This is what we are accomplishing in […]

Reporter? Say it ain’t so, Joe

Joe “The Plumber” Wurzelbacher has announced he’s going to Israel — as a war correspondent. Seriously. By my calculations, Joe’s fifteen minutes of fame ended about sixteen minutes after his […]

Russian professor Igor Panarin, reportedly a very affable guy, is brightening the new year for his countrymen and women with his theory about the U.S. Referred to as Panarin’s Disintegration, […] 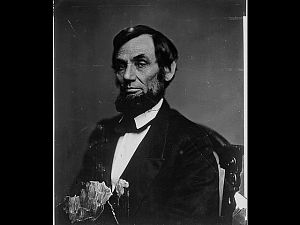 The Taliban is on the move in Pakistan, beheading people. Hamas has risen again in Gaza and is raining rockets into Israel. Joe Biden predicted the world would test a […]

So I finally looked at a map of Alaska …

I missed a certain detail during this year’s political campaign. Or maybe it was reported and I was too busy trying not to see or hear anything about a certain […]

George Bush appeared at a surprise press conference in Baghdad earlier today, after a highly secret overnight flight. Yet despite what the New York Times at one point called “extraordinary […]

The Associated Press is reporting this evening that India’s foreign intelligence agency knew as recently as September that Pakistan-based terrorists were plotting attacks in Mumbai. Although the information was relayed […]

Clearly I have exhausted my interest in politics and political news, for a while at least. I know Obama is busy choosing his cabinet and making lots of appointments, but […]

Yo, ho, ho; Somali pirates only the latest

We’ve all heard about the latest success of the Somali pirates — capturing a Saudi-owned supertanker. Big score, if the ransom is paid. Or even if it isn’t. Personally I […]