More on those Chinese documents that keep vanishing

Update to yesterday’s post about the disappearing Chinese documents proving one of their gymnasts is underage: Well, well, it took the MSM long enough to pick up the story. Fox […]

Bush has Putin shaking in his boots … not

President Bush is speaking at this moment, warning Russia to get out of Georgia. Right. I’m sure Putin is scared to death by Bush’s words. I can’t believe any foreign […]

Wes Clark comments just a media tempest in a teapot

Ret. Gen. Wesley Clark has been getting hammered, criticized, and repudiated for his comment yesterday on “Face the Nation” about Republican presidential nominee Sen. John McCain. Unfairly, I think. Host […]

A 2006 post about avian influenza, or bird flu, here at Pied Type (“Bird flu: Shame on ABC” ) has attracted the attention of several recent passers-by. That lone commentary […]

McCain knows why we are in the Middle East — oil

At a town hall meeting in Denver today, Republican presidential candidate Sen. John McCain of Arizona revealed what he thinks about oil and U.S. involvement in the Middle East: My […] 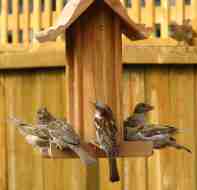 Birdwatching in the good ol’ USA

Borrowed the following from friend Lumpy because I think it deserves the attention it’s getting as a circulating email. As analogies go, this one’s a 10: I bought a […]

Two nights ago PBS ran another of its documentaries, “Frontline: Bush’s War,” Parts 1 and 2. I knew full well what I was getting into, but I decided to watch […]

There are boundaries in advertising that should not be crossed. Absolut vodka crossed one, with miles of room to spare, when they concocted an ad for their consumers in Mexico. […] 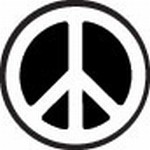 It’s hard to believe the widely recognized peace symbol is 50 years old today, but downright scary to think that the Vietnam war protests were 40 years ago. I was […]