Bravo, President Obama. Air strikes in Iraq and Syria, combined with military advisors on the ground are sure to destroy ISIS. Aren’t they? No, of course not. Because ISIS, like […]

I watched President Obama’s speech tonight explaining his plan to deal with ISIS. I was not overly impressed. As he spoke about sending more equipment into Iraq to help them […]

I was finally able to remember that ISIS, the jihadist group that’s rolling through Iraq now, stands for Islamic State of Iraq and Syria. Learned it well enough to type it without having […] 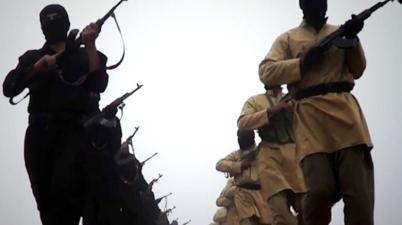 Iraq and the Pottery Barn rule

No sooner did the ISIS (Islamic State of Iraq and Syria) offensive in Iraq hit the headlines than a particular song refrain popped into my head: “You break it, you pay for it.” […]

Message to Bush and Cheney from a dying Iraq war veteran

Ten years ago today, on March 19, 2003, the US began its invasion of Iraq. The following letter to George W. Bush and Dick Cheney is from a dying veteran […]

Two American hikers held in Iran for the last two years are back on American soil today, but I’m still asking myself why, with the entire globe available to them, […]

Leave Libya to the U.N.

Because our government tried so hard to keep pictures like this out of the press, I thought I’d hang on to this one. This is what we are accomplishing in […]

George Bush appeared at a surprise press conference in Baghdad earlier today, after a highly secret overnight flight. Yet despite what the New York Times at one point called “extraordinary […]

Clearly I have exhausted my interest in politics and political news, for a while at least. I know Obama is busy choosing his cabinet and making lots of appointments, but […]

Two nights ago PBS ran another of its documentaries, “Frontline: Bush’s War,” Parts 1 and 2. I knew full well what I was getting into, but I decided to watch […]

Another day, another reason to get out

The Associated Press just reported the U.S. has killed nine more Iraqi civilians. Accidentally, of course. As if that matters. In shooting wars, innocents die. But in Iraq, we don’t […]