Our newest Mars rover Perseverance has landed safely on the surface of the planet and almost immediately sent back this photo. Way to go, Percy! There were a few tears […]

Once upon a time we dreamed

In celebration of the 50th anniversary of the first US moon landing, there has been a lot of wonderful television programming — retrospectives of that time, with film footage never […]

Seriously, NASA didn’t think to stock up on smaller spacesuits as soon as they let women into the program!?

At last, something to cheer about

This week Elon Musk’s company SpaceX successfully launched the world’s most powerful rocket and put his personal Tesla roadster into space, complete with the dummy “Starman” at the wheel. Shades […] 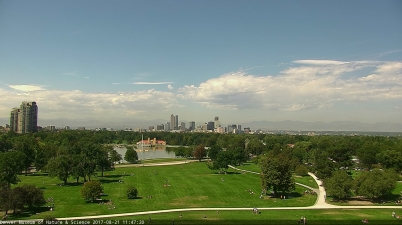 This particular image, found on space.com, was captured on Oct. 12, 2015, by NASA’s Lunar Reconnaissance Orbiter spacecraft. Not quite the same impact as the first Earthrise photo shot by […]

A symphony of hope and aspiration from The Planetary Society on their 35th anniversary. Bill Nye, Neil deGrasse Tyson, Emily Lakdawalla and Carl Sagan reflect humanity’s next frontier: beyond the […]

Wouldn’t want anyone to miss this gorgeous photo of Pluto, shot from 1.2 million miles away by the departing New Horizons spacecraft. The glowing ring is light passing through Pluto’s […]

A plea for Pluto

NASA made history again today with the New Horizons spacecraft doing its 30,000 mph flyby of Pluto after a 9-year, 3-billion-mile flight across our solar system. I missed every live […] 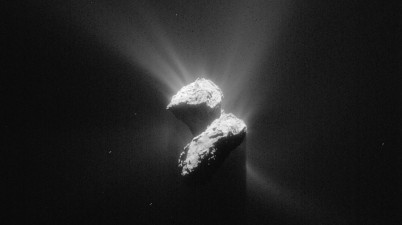 The New York Times is reporting this morning that spacecraft Rosetta’s Philae lander, which bounced onto the surface of a comet last November and into a mostly shadowed position, has gathered […]