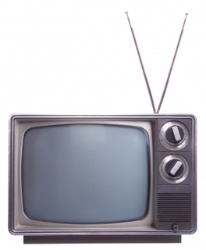 I have now officially lost track of when the government-mandated changeover to all-digital TV broadcasting takes effect. One bill in Congress to delay the transition was voted down, but I heard there’s another one floating around somewhere. Nothing like further complicating the whole mess.

The government has already sold the soon-to-be-released analog frequencies to various entities, with the promise to make them available in February. The money from the sales was supposed to finance the government’s $40 coupon program to consumers to offset the cost of buying digital converter boxes for their old analog TVs.

That sounded great in theory. But if the government has contracts to release those frequencies in February, who reimburses the new owners for their losses if they have to wait till June for access? And if the sales were sufficient to cover the cost of the coupons, but the fund is now out of money, where did the money go? Where will additional funding be obtained between now and June? How many more consumers out there have analog TVs and want coupons?

Further complicating the issue are all the “helpful” TV stations and advertisers. Local TV stations have been doing PSAs for months telling viewers about the changeover. At some point, all their information became just so much noise. I suspect all the technological details went right over the heads of a lot of senior citizens and the less educated, or simply added to their confusion — particularly when some of information has itself been incorrect or misleading.

One local TV spot has our trusted news anchor standing in someone’s living room with one hand on a very new looking TV. “This older HD TV will need a converter box,” he begins. Huh? If it’s an HD TV, it’s already getting a digital signal and is good to go. Isn’t it? And here I thought I understood this whole changeover thing. The other PSAs made sense to me, but this one didn’t.

I really hate the ads where some overly cheerful person talks about how great DTV will be for us because it’s the latest technology and our pictures will be so much better. Wheee!!! What if you’ve been quite content with your picture and don’t have the money for a new TV or an overpriced converter box (if you were lucky enough to get one of the government coupons, that still only covers part of the price) and/or antenna, or a cable or satellite subscription, and/or service call if you can’t get it all working by yourself.

Then there are the really “helpful” companies like Comcast. We all know how helpful they are, right? They are currently offering their “Triple Play” package … telephone, internet, and TV all in one … plus FREE HDTV if you sign up now!! Wowie, zowie, sign me up!

What they neglect to mention, of course, is that you have to own a hi def TV (HD TV) to see that hi def picture. Otherwise, you’ll see the same digital TV (DTV) picture they’ve always provided. Methinks they are counting on people confusing DTV and HDTV, and no doubt some will.

Or maybe I’m the one who’s confused about all this. That’s entirely possible.

And by the way, how many people out there still have analog-only TVs? I’ve got a little portable in the back room that’s about 18 years old and even it gets digital cable channels (1-99).

Update: Congress today passed a bill that delays the transition to June 12. It is assumed Pres. Obama will sign the bill.

Update 2: Feb. 7 – Local stations are now explaining that although the mandatory changeover date has been pushed back to June, they are required by the FCC to continue running their PSAs with the February date. Confused, anyone? This on top of one report I heard that although the mandatory change has been moved back to June, stations can change before then if they want.