Susan Richards is a retired editor living in Thornton, CO, near the mountains she loves.

The mysterious monolith in the Utah desert disappeared Friday night, November 27. And as it turns out, there were witnesses to its removal. Photographer Ross Bernards and several friends were […]

This is Denver Mayor Michael Hancock. By now you may recognize him because he’s been in the national news this week. Why? Because after nine months of cautioning us about […]

About that Utah monolith

It’s gone. The mysterious, gleaming monolith in the Utah desert is gone. In its place, a sad little cairn. Now we are left to speculate about who removed it Friday […] 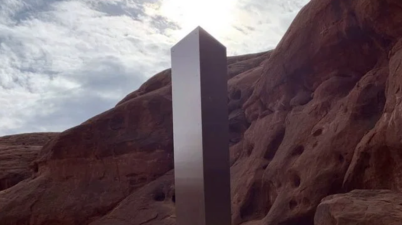 Second best story of the week

The mysterious, unexplained Utah monolith was discovered by helicopter pilots who were out counting bighorn sheep in a rugged part of the state. Spectacular, isn’t it? Beautiful in its simplicity. […] 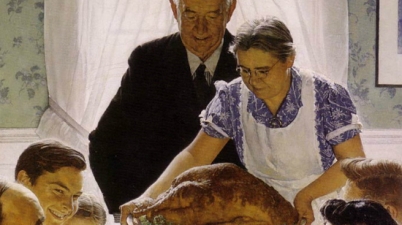 Wishing everyone a safe and happy Thanksgiving

The years have flown by, but this 1943 (my birth year) Saturday Evening Post cover illustration by Norman Rockwell will always be my Thanksgiving. This is how it looked when […] 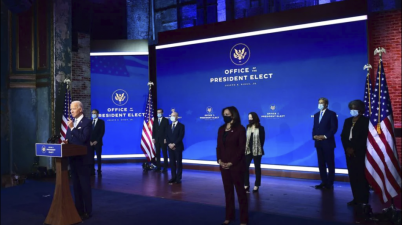 A return to dignity

Yesterday President-elect Joe Biden introduced some of his cabinet nominees and appointees. I didn’t see the live event but I was particularly impressed by the staging. And I’m not even […]

This story was all over the news today, but in case you missed it, here it is again. As John Wick would tell you, never mess with a man’s dog. […]

Not your average bull in a china shop

“Donald Trump is a bull who carries his own china shop with him.” — Douglas Brinkley, a presidential historian at Rice University

Despite all the baseless claims that follow, it’s the first two words that count: “He won.” Now we know that he knows, even if he never formally concedes. But then, […]