The recent mosque shootings in Christchurch, New Zealand, were terrible beyond words and yet, sadly, not at all unfamiliar to Americans. Mass shootings have become all too common here.

It’s worth noting that in New Zealand the immediate reaction by some citizens was to turn in their guns, whereas here in the US such shootings usually precipitate a rush to buy even more guns. Americans already own more than one gun per civilian, and yet that still isn’t enough.

Something we’ll probably never see in the US: 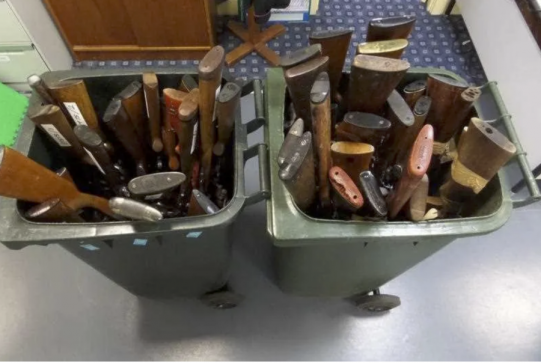 Guns handed in to Tasmanian police during the second national gun amnesty in Australia since the Port Arthur massacre in 1996. (Photo: Tasmania Police / AAP)

Makes you wonder which country is more civilized.