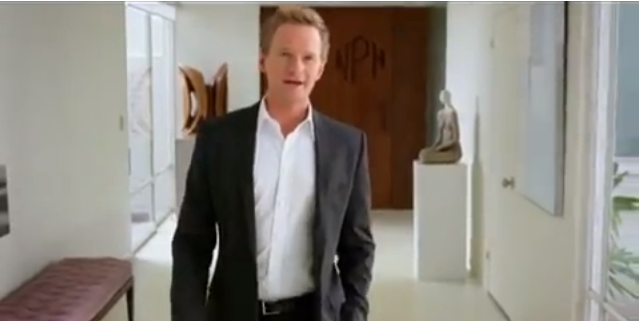 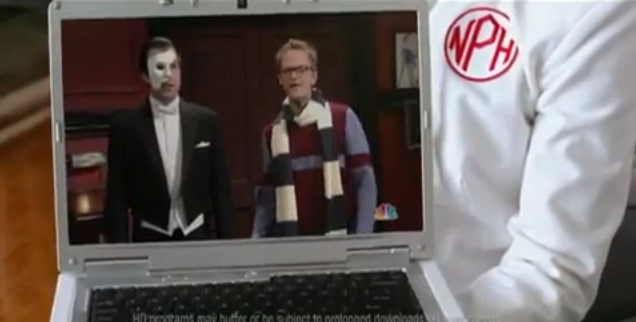 Another screenshot from the same Xfinity ad

By training, I tend to notice and be bothered by small errors that others may overlook. One thing in particular has caught my attention the last few nights.

Neil Patrick Harris is featured in several Xfinity ads from Comcast. In one (“Connected”), he comes down a hallway toward the camera. On a paneled wall behind him is a large 3-letter monogram, the type that has two smaller letters flanking a large one in the middle. I was taught that with such an arrangement, the large center letter is the surname initial. Thus Harris’s monogram should be nHp, with the H notably larger. Yet in the ad it is nPh, with a large P in the middle.

He continues toward the camera, then turns to his right to join his entourage. They’re all dressed in white jackets adorned with the same incorrect monogram.

May 7: Saw a new NPH Xfinity ad this evening, and the monogram is still wrong. Harris is sitting in his bed throughout the ad, and the monogram is very prominent on the wall above the bed. Sure wish someone would put one of these ads up on YouTube so I could grab a screenshot (I don’t have a DVR).

July 18: Ugh, saw yet another NPH ad today. This one begins with Harris looking at a newspaper ad with the monogram in it and ends with him standing beside a guy in a suit of armor with the monogram on a sign to the side. I continue to be perplexed by the use of this erroneous monogram. It might make sense if the actor considers Patrick Harris to be a compound or hyphenated name. But as far as I know, Patrick is his middle name and Harris his last, which makes the monogram wrong!