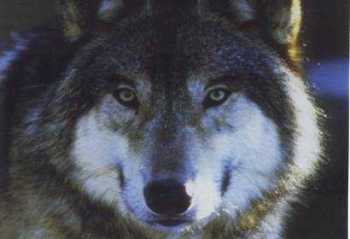 Yesterday the Ninth Circuit Court of Appeals denied a motion filed by environmental groups, clearing the way for wolf hunts in Idaho and Montana to begin next week.

Wolf hunts are scheduled to begin Aug. 30 in Idaho and Sept. 3 in Montana. Hunters in Montana will be allowed to shoot as many as 220 gray wolves, reducing the predators’ Montana population by about 25 percent to a minimum of 425 wolves. … In Idaho, where an estimated 1,000 wolves roam, state wildlife managers have declined to name a target for kills for the seven-month hunting season. (Huffington Post)

As the hunts continue, so will the legal efforts to stop them. But it seems terribly short-sighted to let a species be hunted while its protected status is still facing legal challenges. No amount of protection restored in the future will bring back the animals killed between now and then.

An agreement in Wyoming earlier this month also ended protection for many wolves in that state and will allow hunters to kill more than 50% of the wolves outside Yellowstone National Park. In large parts of the state, wolves will be classified as predators that can be shot on sight.

The groundwork for these hunts was laid last spring when an eleventh-hour rider from Sen. Jon Tester (D-Mont.) and Rep. Mike Simpson (R-Idaho) was slipped into a budget bill. The rider went unchallenged and the bill was passed, marking the first time that a protected species has been delisted by an act of Congress.

Western Wolves provides an excellent overview of the wolf issue, with lots of statistics, history, updates, and links.

“Violence is the last refuge of the incompetent.” ― Isaac Asimov Cancel reply