I expected it to be a while before any hikers appeared near the TundraCam on Niwot Ridge. After all, mountain trails in June tend to be pretty wet and squishy with the spring runoff in full roar. But I glanced at the webcam a few minutes ago and was surprised to see two hikers and their dog making their way up the hill toward the research station. Someone else was operating the camera, but luckily for me, they too were interested in watching the hikers.

Now, for the mystery writers in the audience, here’s something to chew on: A man and a woman came up the trail. They were seen standing together at the far end of the hut. When the camera was panned around to the other side of the hut, only the man was visible, walking away with the dog. I’m guessing the woman entered the hut, but who knows?

My theory is that she’s a student or scientist doing research at the station and the man was escorting her to the lab. He’ll return for her later in the day, or perhaps in a few days. The unknown person watching them with such interest may well have been a colleague watching to see that she made it safely … but it could have been anyone …

A man, a woman, and their dog (off to their left) make their way up the trail toward the research station. 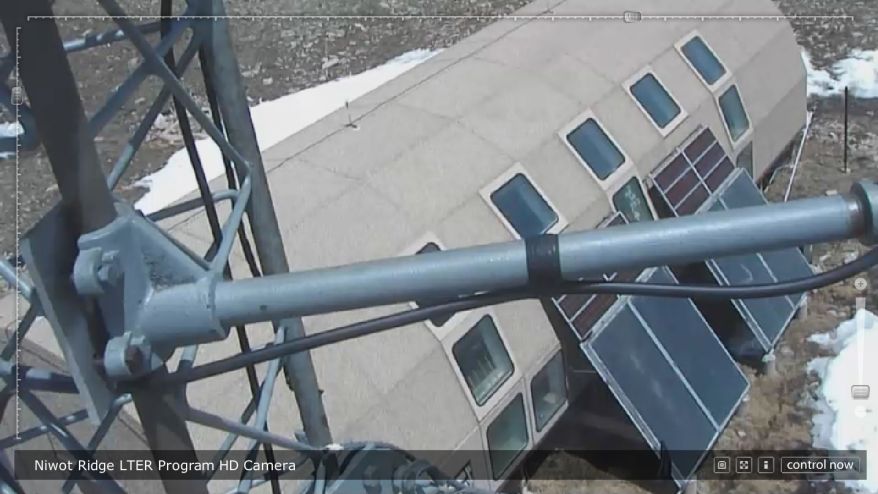 This is the hut at the research station. The couple was seen standing together at the far end of the building. 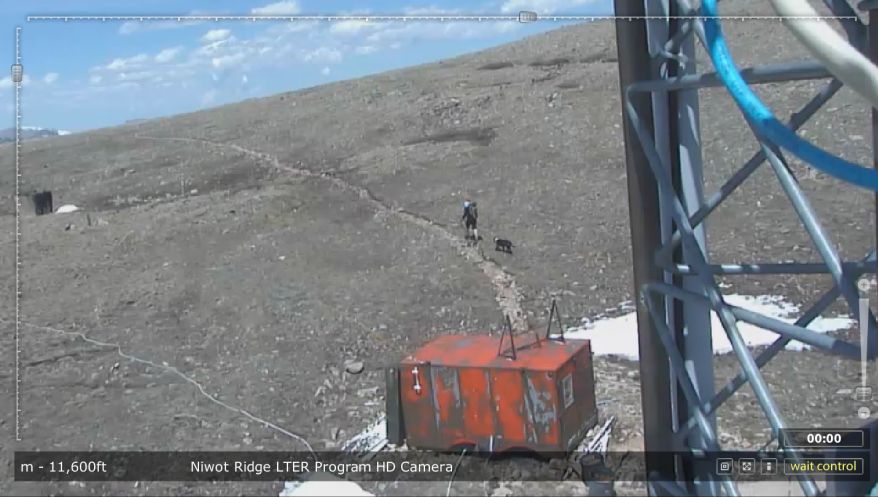 The man and his dog walk away. The woman is nowhere to be seen.