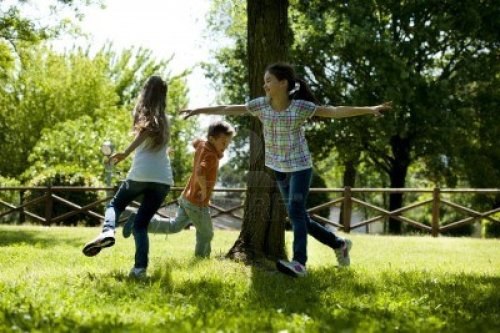 Just when you think our schools couldn’t be disabled or dismantled any further, someone dreams up some new hazard. It was bad enough when kids got suspended for “shooting” each other with finger guns or playing make believe with a “magic” ring, or when a kindergartner’s temper tantrum warranted being arrested and handcuffed. All that, of course, came after the years when school districts were removing all their playground equipment (swings, teeter totters, etc.) for fear of being sued if a child got injured.

It seems there’s just no end to the hazards lurking in our schools. The newest discovery comes to us from the ever-vigilant Mercer Island School District in Seattle, where kids can no longer play tag at recess. That’s right. Tag. The game where someone is “it” and has to run around trying to tap or tag someone else who then becomes “it.” It’s a fearsome game. All that running. And potential touching. And the horror of becoming “it” because you were too slow or clumsy to avoid being tagged. Oh, the shame!

The Mercer Island School District and school teams have recently revisited expectations for student behavior to address student safety. This means while at play, especially during recess and unstructured time, students are expected to keep their hands to themselves. The rationale behind this is to ensure the physical and emotional safety of all students

“Physical and emotional safety.” See what I mean? Who would have imagined a game of tag could threaten the physical or emotional safety of those involved? Thank goodness we have school officials today who are so concerned about our children’s safety. ’Tis a wonder I survived playgrounds with swings, other kids “shooting” me with make-believe guns, innumerable games of tag, and even … gasp!… the infamous and eventually banned red rover.

So what are kids to do during recess? Go outside and just stand around silently until called back inside? (Can’t have them running; someone might fall down and get hurt.) Probably would be safer just to ban recess altogether.

15 thoughts on “Or we could just ban recess altogether”