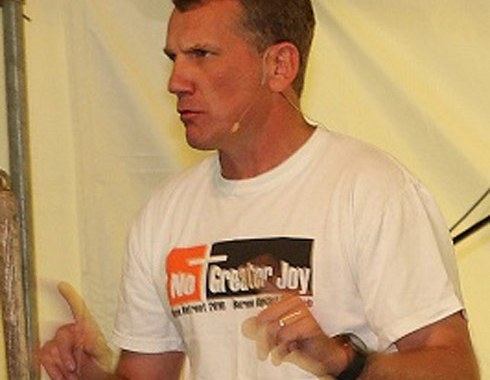 I mentioned the other day that I was becoming impatient and intolerant. So you can imagine how apoplectic I became after learning what Pastor Sean Harris of the Berean Baptist […]

Marriage: yours, mine, and theirs

On CNN’s “State of the Union” this morning, Candy Crowley pressed GOP presidential candidate Tim Pawlenty on the issue of same-sex marriage. She was polite and respectful, but insistent. The […]

J. Crew and the boy with pink nail polish

I’d heard a few references to some flap about J. Crew and toenail painting, but hadn’t paid much attention until Jon Stewart brought it up on his show tonight. It […] 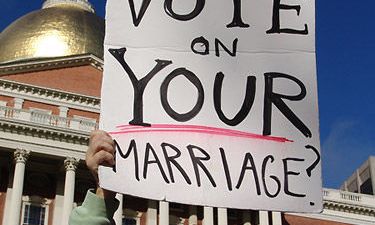 California finally gets it right

Yesterday a California court overturned the state’s Proposition 8 banning gay marriage. A huge victory for equal rights, nondiscrimination, and tolerance. You do support equal rights, don’t you? You do […]

But Mr. President, you promised

What ever happened to President Obama’s sweeping campaign statements about eliminating “don’t ask, don’t tell” in the military? Since the election, we’ve heard nothing from him on the subject. What […]

Kris Allen won “American Idol” tonight. Good for him. If you want all the details, check the AP story. It seems likely that a lot of third-place finisher Danny Gokey’s […]

Clearly it’s still too early in the morning. I’m only half through my first cup of coffee and I’m still having to force my eyes to focus. Therefore, it doesn’t […]

Rick Warren is for the birds

Evangelical Pastor Rick Warren, Barack Obama’s controversial choice to deliver the invocation at the January 20 Inaugural, decided recently to get cute with an ABC reporter. Explaining his politics to […]

The politics of religion: Wright to Warren

President-elect Barack Obama has chosen Rev. Rick Warren to deliver the invocation at his inauguration next month. Warren is staunchly opposed to gay marriage and supported Prop 8 in California. […]