Back in 2012 when Fareed Zakaria was caught quoting another author’s work without attribution (commonly referred to as plagiarism), his employers investigated and, for the most part, let him off the hook. After all, he did apologize.

Now it seems those determined investigators over at Our Bad Media, @blippoblappo and @crushingbort, have dug up some more Zakaria “oversights.” Their three reports* make interesting reading, and while you might disagree with them about exactly what constitutes plagiarism, you come away with the unshakeable conviction that Zakaria, prior to 2012, took far more liberties with the work of others than one might expect. In a letter to Politico, he defended his work, but in somewhat convoluted and unconvincing fashion, as noted in the response from Our Bad Media.

Of the many examples cited by Our Bad Media, the following is perhaps the easiest to quickly assess. Is Zakaria a plagiarist? You be the judge: 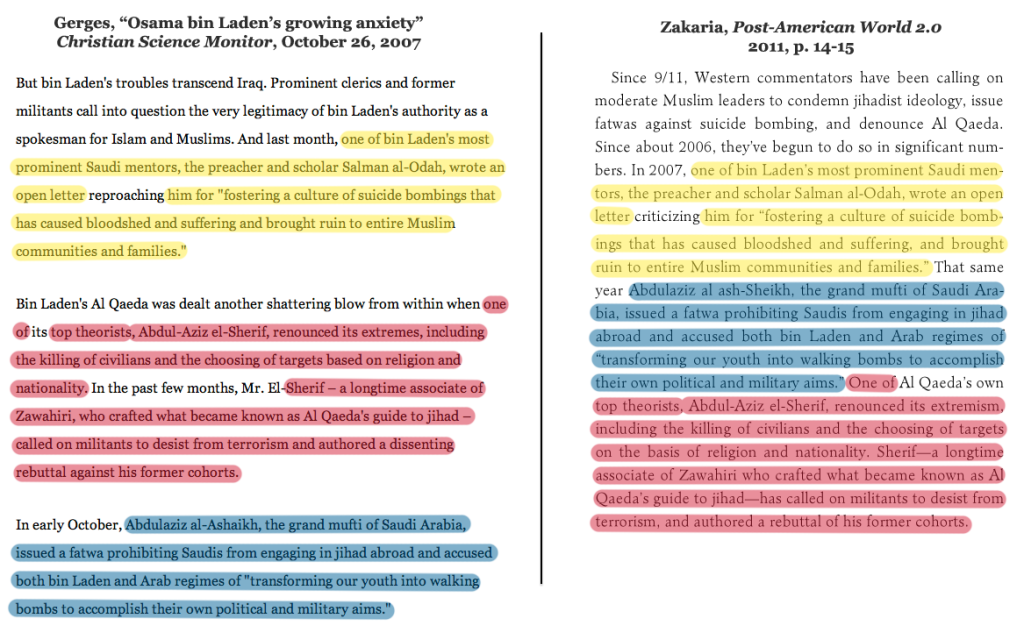 *From Our Bad Media:

19 thoughts on “Zakaria a plagiarist? You be the judge”