Two llamas were on the loose in Sun City, Ariz., today and mere humans had trouble corraling them. Some deft work with good old-fashioned lassos finally ended the romp. My hat’s off to the man with the rope and cowboy skills. He got a high five from his buddy just a fraction of a second after this video ends. No report so far of where the llamas came from or how they got loose. But chances are by now their owner knows where they are.

Update: AP has reported the llamas were part of a trio that was making a therapy visit to residents at an assisted living facility. 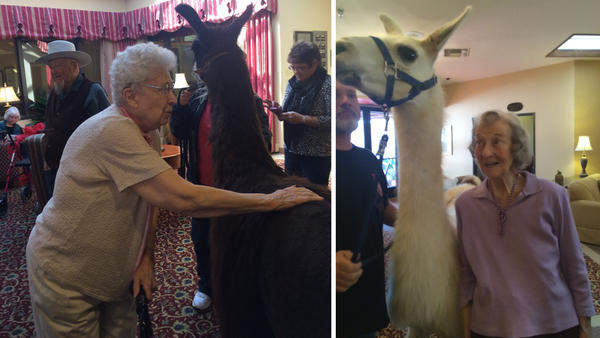 The llamas were a big hit at the assisted living center. They pulled their great escape on the way out. (Image: Stephanie Schmidt)