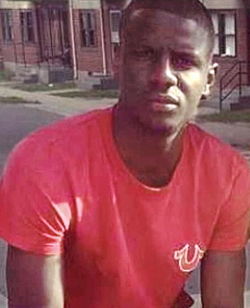 Well, well, looks like the shoe’s on the other foot now in Baltimore. I couldn’t help being slightly amused (and therefore ashamed of myself) by the protests from the Baltimore Police Department after charges were filed against six officers in the death of Freddie Gray.

“Rush to judgment.” “Unfair.” “Politics.” “Did nothing wrong.” “Entitled to due process.”

How many times have we heard the same things from and about the victims of police brutality?

Certainly those six officers in Baltimore should not be made scapegoats for the misconduct of cops in other cities. They may well be innocent of any wrongdoing, and I wouldn’t wish a wrongful conviction on anyone.

And obviously there’s a chance that Maryland State Attorney Marilyn Mosby, a young black woman, may be overreacting with her charges and taking advantage of the opportunity to finally throw the book at some white cops — to make them an example to the nation (not to mention advancing her own career). She also has a potential conflict of interests and was asked by the BPD to recuse herself from the case. But her case may very well be rock solid despite all that.

And it seems safe to say that everyone involved has been acting/reacting in the heat of passion in a highly emotional, racially charged situation. Assuming truth and justice prevail (and you know what they say about assumptions … ), it will still take time to get everything sorted out and the case settled.

But this time, today, it’s the police protesting that they did nothing wrong, that they’ve been unfairly accused, that they are entitled to due process.

Maybe, just maybe, what goes around comes around after all.