Crack in the Ice 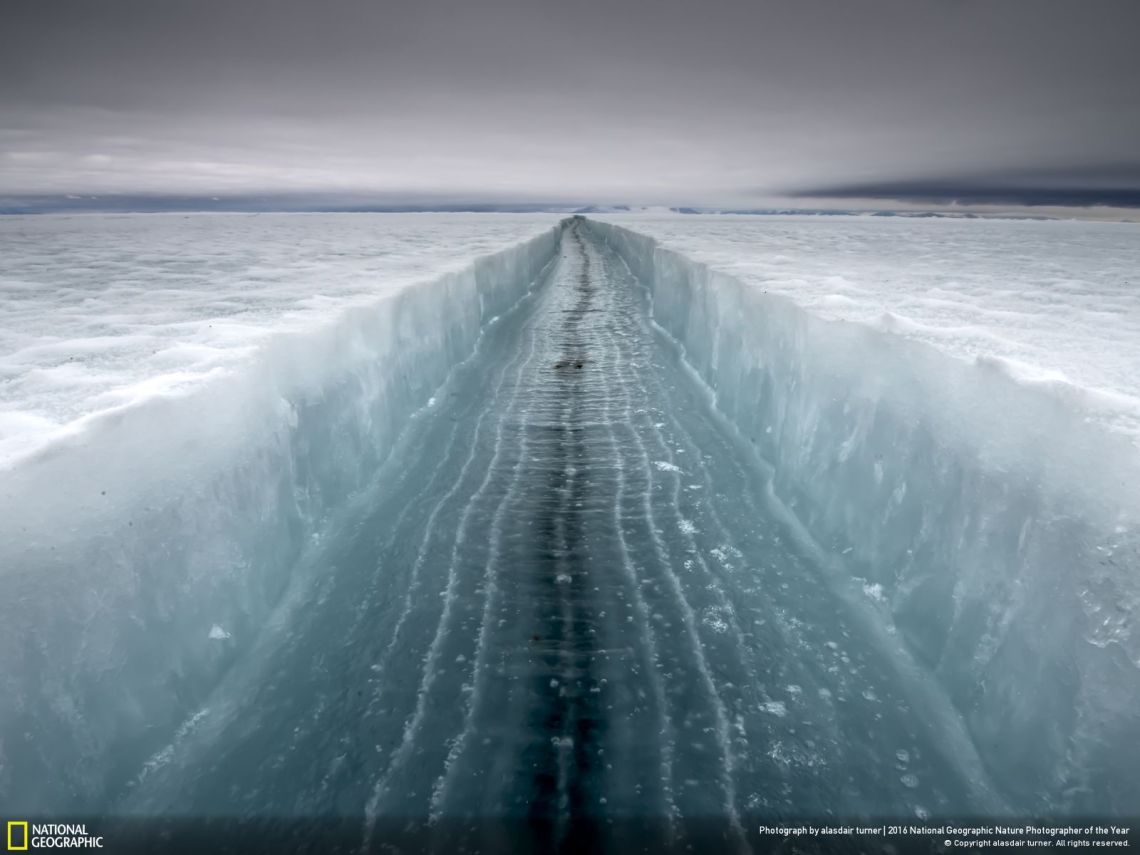 “Crack in the Ice” by Alasdair Turner

“Crack in the Ice” by Alasdair Turner is one of the entries in the 2016 National Nature Photographer of the Year contest. It’s one of the editors’ favorites in the Environmental Issues category.

A crack in sea ice of the Southern Ross Sea, Antarctica. As the cracks open they refreeze immediately creating the series of lines you see in this images. The black line in the center is very thin ice. Specs of windblown dirt from the Mt Erebus Volcano are also covering the ice surface which increases the melting of the sea ice. This image is part of an ongoing 3 year project to document the most remote ocean on the planet and its rarely seen places.

The photo is downloadable as wallpaper for desktop, tablet, or phone.

Contest winners are to be announced early this month. In the meantime, be sure to visit the site and enjoy the hundreds of entries on display.