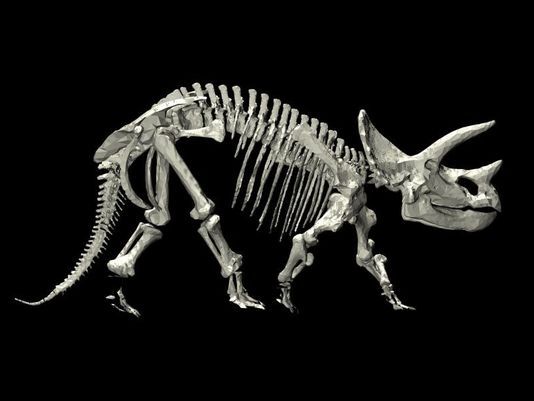 Quick, name that dinosaur. Triceratops, of course. Most grade school children could tell you that. And yes, I know you know dinosaur fossils are discovered all the time. No big whoop, right?

This time the triceratops in question was found just two miles from my house in Thornton, CO. I don’t know why I find that so exciting, but I do. His brother could be snoozing under my house right now!

Out here in the far northeast Denver suburbs, there’s still a lot of open land, and it seems a new subdivision pops up every couple of months. Our triceratops, however, was discovered on the site of a new public safety (fire and police) building. Luckily, when an obstruction stopped one of the machines, a worker realized he was looking at bones, not rocks.

Denver Museum of Nature and Science curator of dinosaurs Joe Sertich identified the skull as a triceratops, one of only three found in Colorado’s Front Range. He said it is probably about 66 million years old. Most fossils found in Denver are from the Ice Age roughly 10,000-12,000 years ago, belonging to mammoths, camels and the like, Sertich said. “I’m over the moon right now that this is a dinosaur fossil,” he said.

Update, Dec. 9, 2917: Experts in Denver have determined that the dinosaur is not a triceratops after all but a torosaurus, a distant cousin of the triceratops and much more rare. The Thornton torosaurus is the only one found in Colorado and one of only a handful ever found. Torosaurus is about the same size as triceratops, but has a much longer frill, and the frill has an oval opening in the middle. 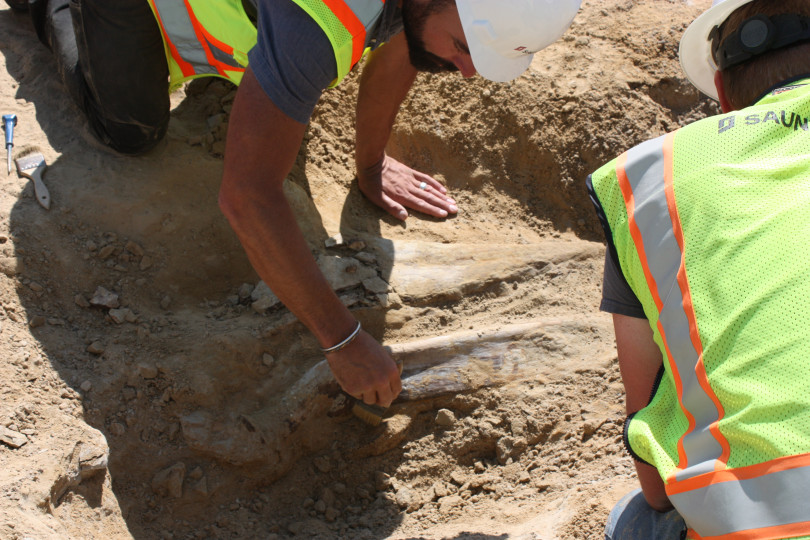 "A republic, if you can keep it" ~ Ben Franklin Cancel reply