Texas has beaches, too

Maybe one of you Texans can answer this. In a new BP commercial, there are representatives from Louisiana, Alabama, Mississippi, and Florida sitting at a table on a beach talking […]

The story hasn’t garnered a lot of headlines, but the first criminal charges have finally been filed in the case of the BP oil spill two years ago. According to […]

Just a matter of time

It’s been almost two years since BP oil’s Deepwater Horizon drilling rig burned and sank into the Gulf of Mexico, killing 11 men. And it was all due to human […]

Remember that little “oops” of an oil spill in the Gulf of Mexico over the summer? That wee little incident that BP and the U.S. government kept insisting wasn’t as […]

You can’t fool all the people all the time

Of course it isn’t all gone, like BP and our government have said. You didn’t believe, and neither did I, that several months’ worth of gooey BP oil spewing into […]

Who do you trust?

This week BP finally got its oil-spewing hole in the Gulf of Mexico shut down. The final cementing via a relief well is still to come, but the flow has […]

Ding dong, the witch is dead

Flash! BP is installing a wondrous new containment cap on their leaking well today. This cap is expected to contain most, if not all, of the spewing oil. Really? They […]

Great idea, except for that last part

Scientists have come up with a new idea for protecting Louisiana’s coastal marshlands from encroaching oil — release more water into the Mississippi River. Water flowing from the mouth of […] 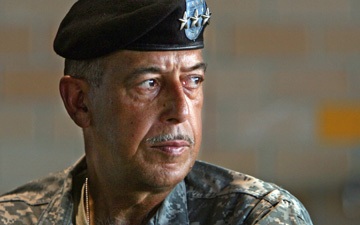 Retired Army Lt. Gen. Russel Honoré did a CNN interview on June 14, a day before Pres. Obama gave his pathetic Oval Office address. He said the kinds of things […]

If I ran the zoo

If I ran the zoo that is the Gulf oil disaster response, I’d have put Lt. Gen. Russel Honoré in charge. I’d have done it back on April 29, when […]

Oh, yes, Tony Hayward, you and BP “will get this done” and you “will make it right.” Meantime, stop spending your millions to spread your unctuous, ill-timed, ill-conceived advertising all […]