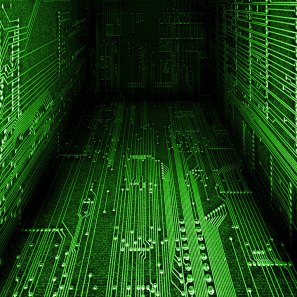 A few days ago, CNN ran a Jeanne Meserve report on Internet privacy. It was brief and superficial and concluded with the obvious warning that every time you hit send or enter, your information is launched into the infinity of cyberspace. Forget privacy. Anything you put out there, anywhere, can be found by someone with enough know-how and determination. Odds are you’ll be of little interest to anyone, but you never know.

I’ve heard far too many stories of people whose friends, family, rivals, or employers have stumbled across or sought out their online information. The results can be anger, hurt feelings, embarrassment, or worse. Damaged personal relationships, lost friends, abandoned websites, stolen identities, and even lost jobs. (You may have seen the recent story about a teacher who was fired when her employer saw her vacation pictures online, pictures that showed her holding drinks.)

I am dumbfounded when I see so many people rushing to put every detail about themselves on blogs, social websites, Twitter, etc. Why would they leave themselves open to the kinds of abuses that can happen? I’m sure I err on the side of caution (or paranoia), but I thought common sense was supposed to be pretty … common. Does it not occur to people that — no, apparently it doesn’t.

Furthermore, once something is committed to the Internet, it can be out there for a very long time. Delete your website, take down your blog. Doesn’t matter. If Google, for example, ever found it, it can remain in Google’s cache for months. If anyone copied or reposted your stuff, it’s beyond your reach. And, of course, archiving sites exist for no other purpose than to save information for future generations of Internet explorers. Consider whether you’ll want today’s posts and pictures around ten years from now.

That’s all. Just be aware. And make your kids aware, too. Their technological savvy far surpasses their emotional maturity.