The Great American Blackout: It’s not over yet 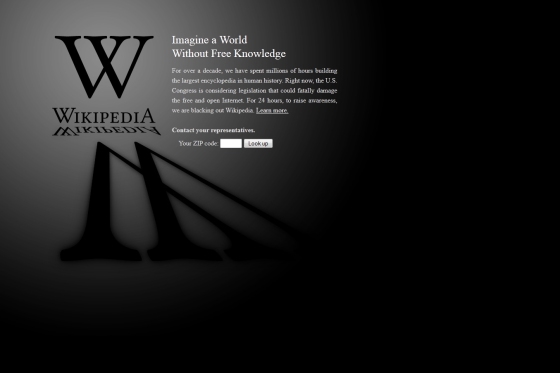 Apologies to those readers inconvenienced when I failed to take down my blackout screen last night. I’d intended to do it at midnight (MT), but forgot. Midnight is not my brightest hour.

I can’t remember the last time I was so excited about being a part of something big — really big — and important. I jumped (“browsed” being far too casual a word) around the Internet all day ooh-ing and ahh-ing over what different sites were doing for the blackout, and Wikipedia topped everyone, as they should have. Despite how annoying their recent fund request banners had become, yesterday I sought out their donation page and sent them a tiny, tangible, deeply heartfelt Thank You.

Wired Magazine really drove home the censorship theme with black strips over all their stories, rather like WordPress’s Freshly Pressed page, but with Wired, a mouseover revealed the story, and there was a button to reveal the entire page. A creative solution for a website that depends on advertising support, steady readership, and timely news.

And as I’ve previously mentioned, I really loved Cheezeburger’s video “The Day the LOLcats Died.”

The major media finally, reluctantly, had to acknowledge that something was happening and began reporting the story. That alone was a major victory, since previously there had been virtually no mention of SOPA/PIPA. The news media are, after all, generally owned by the entertainment giants who support the legislation.

There’s a nice gallery of blackout pages at The Inspiration Room. I hadn’t thought to save screenshots, but I’m glad a lot of other people did. Historians will want those images, because history will — or should — remember the day. The Internet has played a big role in uprisings around the world, and yesterday we reminded Washington how important it is in a peaceful America.

Washington support for SOPA/PIPA was weakening yesterday, but the Senate is still scheduled to vote on PIPA next Tuesday, January 24. We must not back down until Harry Reid backs down. Keep calling and writing your senators, express your concern, and tell them to vote “NO” on PIPA. 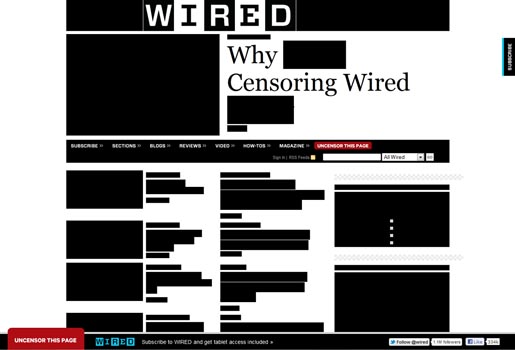 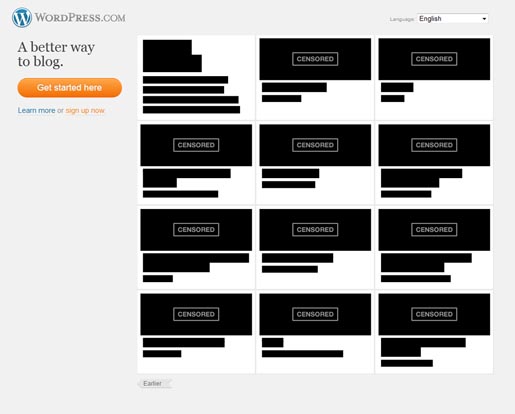