This is Curiosity’s first color photo, overlayed on a computer simulation derived from images from orbiting spacecraft. The view looks north to the wall and rim of Gale Crater. The camera is mounted in a turret at the end of the rover’s robotic arm and unlike cameras on earlier Mars rovers, can be focused on distant or close objects. It has a protective dust cover that can be opened and closed as needed. More information about this picture is available on the NASA website. 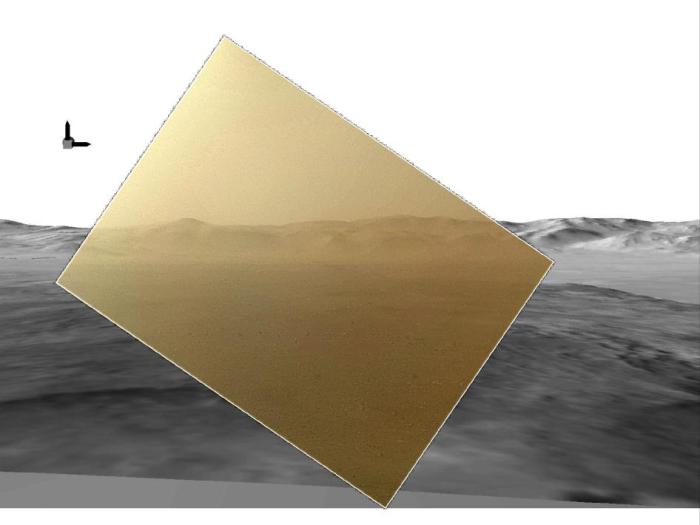 During a news briefing this morning, NASA showed this photograph of Curiosity’s landing zone and the locations of the mission’s various components: 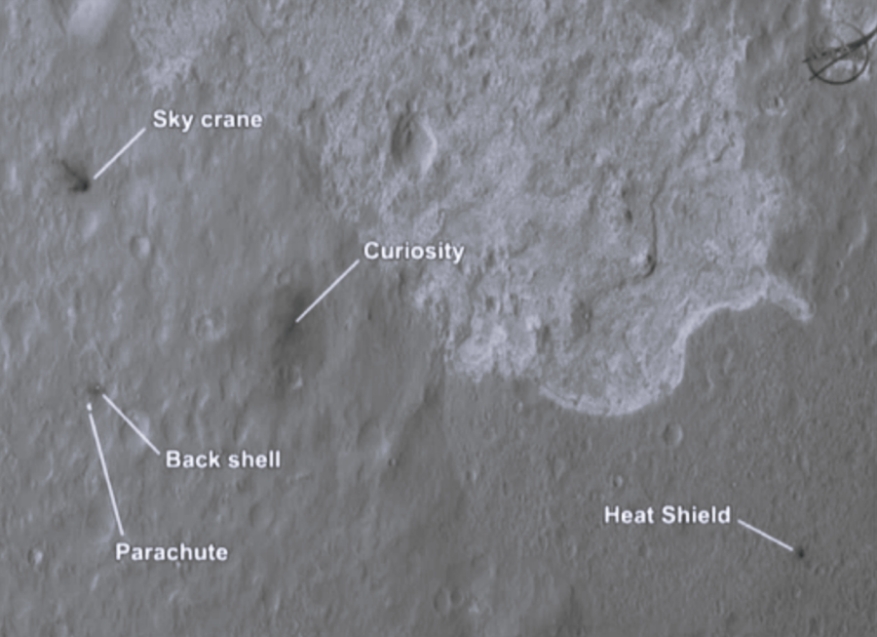 In the picture of the sky crane, the dark streaks are where the lighter-colored Martian dust has been blown away: 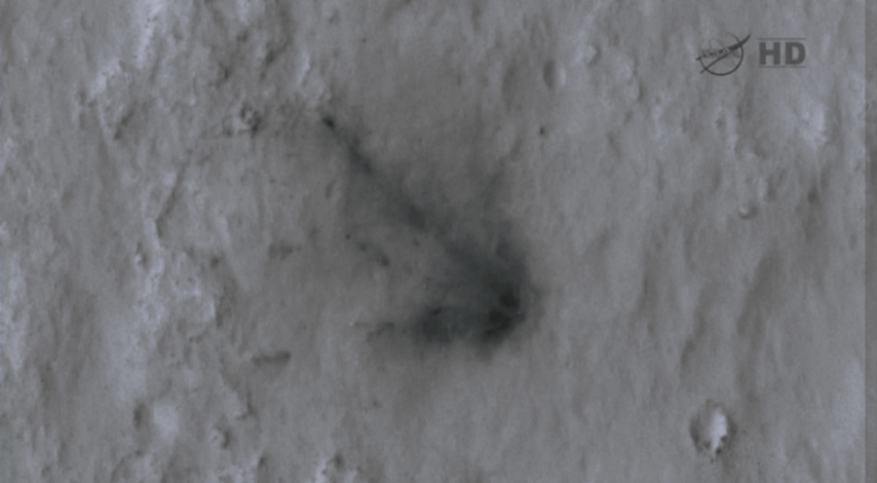 The parachute and back shell: 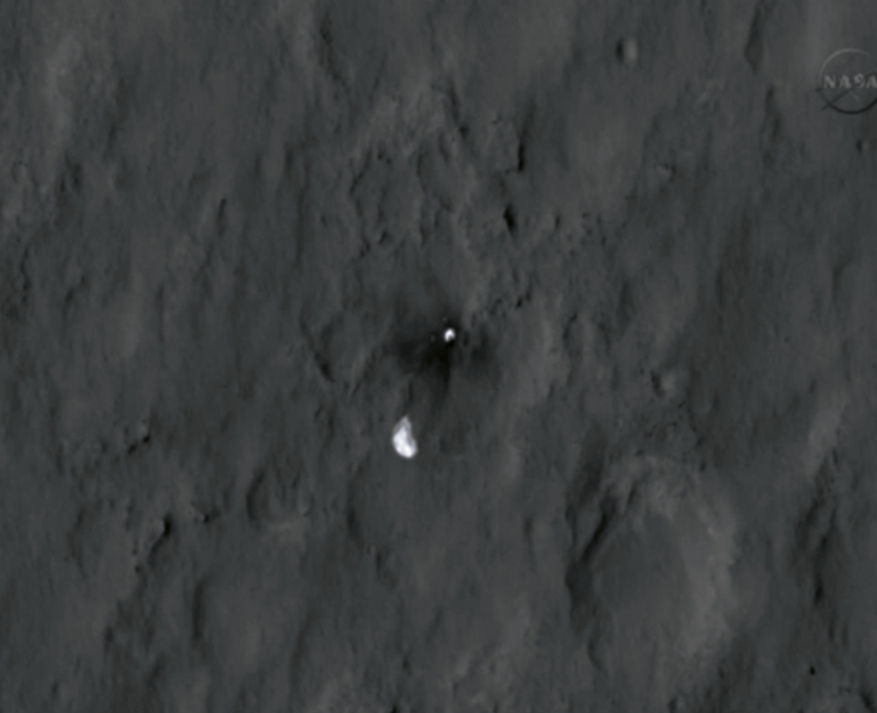 Curiosity itself. Again, the dark streaks are where surface dust was disturbed. 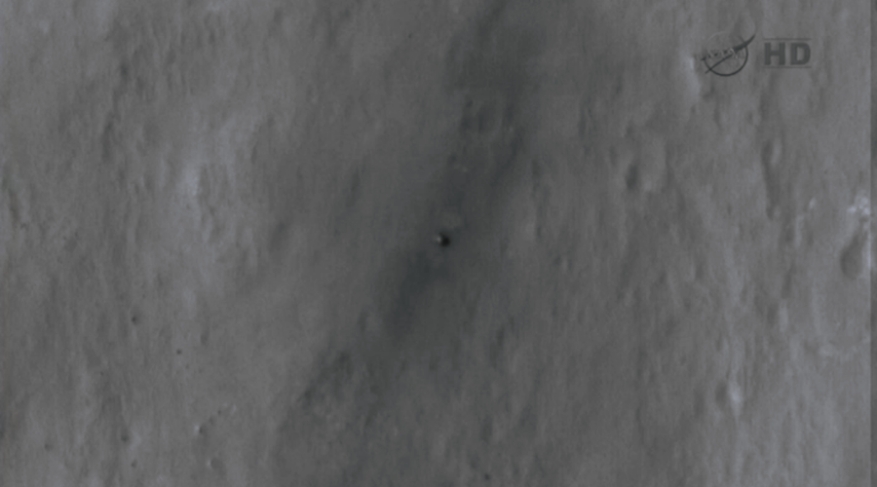 NASA has also released this photo from Curiosity on the Martian surface. It was shot after the camera’s protective dust cover (still in place in an earlier photo ) was popped off. The spring that popped the cover off is visible in the lower right corner. 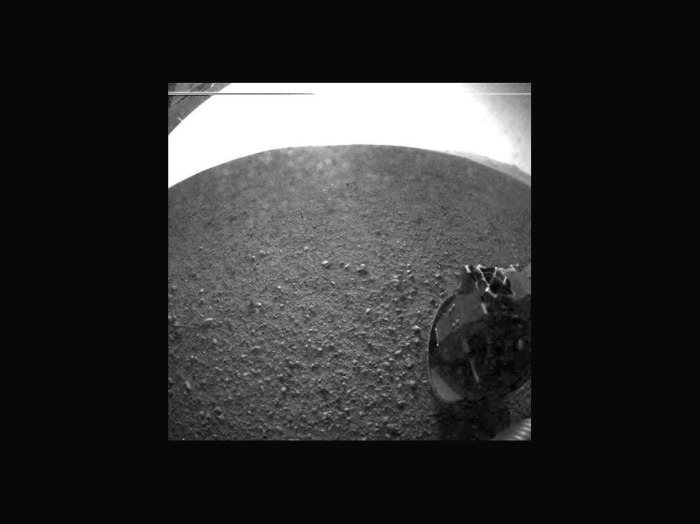