I’ve looked at clouds from both sides … wow 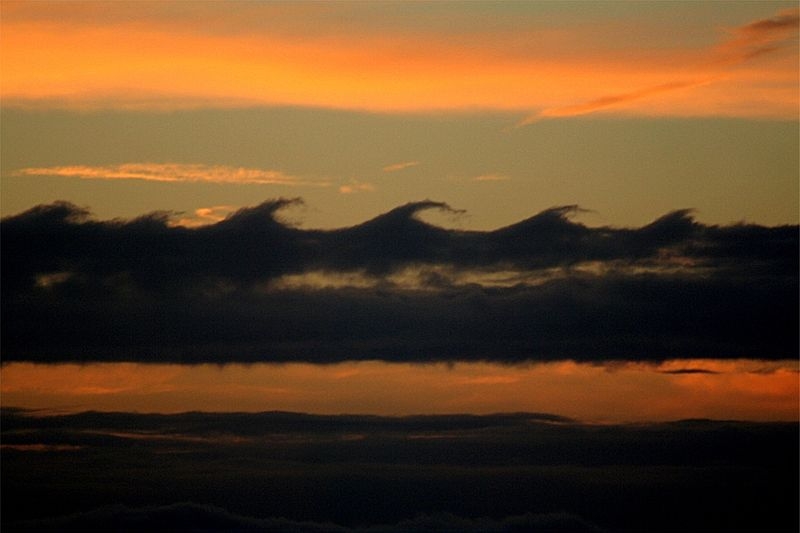 I love the Internet. You never know what you’re going to come across when you’re just browsing, following links, poking around.

I couldn’t tell you what I was looking for originally but I ended up on Wikipedia looking at pictures of different types of clouds. There are more classifications, sub-classifications, interesting names, and pictures than you can shake a stick at.

The picture above, though, is the one I fixated on. I saw clouds just like this one day, near or over the mountains, and couldn’t believe they were naturally formed. I thought maybe it was some sort of turbulence from a plane or helicopter. Wikipedia taught me otherwise. These are Kelvin-Helmholtz instability clouds. True, I sort of glazed when I tried to read how they are formed, but it’s enough for me to know that what I saw was indeed a natural phenomenon.

The notes say it is widely believed that clouds like this inspired the swirls in Van Gogh’s “Starry Night.” Ya think? 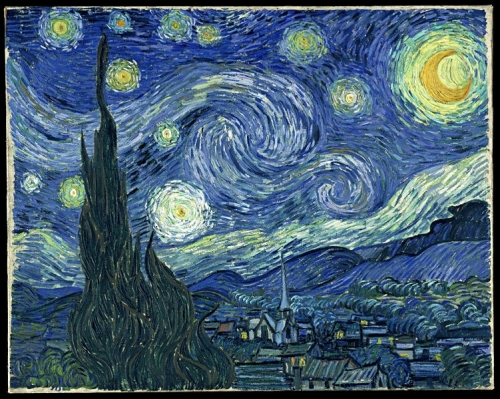