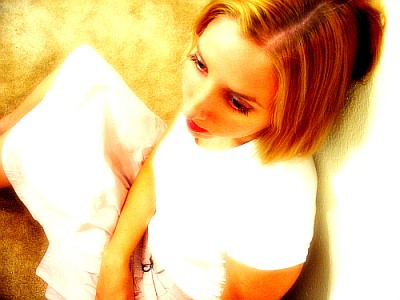 Is it Tuesday yet? No? Aw, rats. Well, no politics for me till then. I’m not about to spend my time watching retrospectives of George Bush. It was stressful enough living through it the first time. Why would anyone want to go back and re-live it. Turn the page, already!

How ’bout that Sully Sullenberger! What an unbelievable landing! The word hero is overused these days, but he definitely qualifies. With a capital H. Or you might argue he’s a great pilot who just happened to be in the right cockpit at the right time. In addition, he’s apparently a humble, quiet, modest, aw shucks kind of guy — the very best kind of hero in my book.

The economy? I assume it’s still there, in one form or another. I’m not paying much attention. It’s out of my hands and has been for a long time. I’m keeping spending to a minimum and paying all my bills on time. What else can I do?

The house next door went up for sale a couple of days ago. In two years, I’ve never seen an adult over there. Just a teenage boy sitting on the front porch occasionally, and his friends’ cars sometimes parked out front. Couldn’t ask for more peace and quiet from neighbors than those who might never have been there at all. If and when the house sells, I hope it’s to another quiet occupant.

Just caught part of a show on fishing. There’s a sport that’s really changed since I was growing up. Catch and release? Why bother fishing at all? When I was a kid, fishing was a fun thing to do to catch dinner. The only ones you released were those too small to eat. I caught a few crappie, sunfish, or catfish in farm ponds. As a teen, I mostly just watched my dad trout fishing up here in the Rockies. Daddy and his friends were good at it, too. They’d bring back creels full of trout, over the limit because of the size of the families they were feeding — five kids and two adults just in ours.  The fish had been cleaned streamside, so the moms just rolled them in yellow cornmeal and tossed them into the skillet  — a giant black cast iron skillet three or four feet in diameter, sitting over an open fire outside an old mountain cabin on a crisp Colorado night. Doesn’t get any better than that.

I’ve been posting less lately, I know. Burned out on politics, depressed by the economy, angry about the Gaza thing. Not much incentive there. It’s all so exhausting to think about. So I’ve been playing a little more Warhammer. It’s kind of a compulsion, considering all I went through to get that new computer (“The Alien”) up and running. And now I’m making payments on it plus paying a monthly subscription for the game, whether I’m playing or not. I need to justify my folly somehow.

Some of you may have noticed I change my blog header a lot. I suspect it means I’m bored, creative, indecisive, and definitely conflicted about both my personal identity and my blog identity. I’m also a fontaholic, and that complicates things even more. What image do I want to project here? What tone? So far I’ve been all over the map. For a while I thought I’d be a serious political commentary thing. I avoided writing in the first person. But then I missed just throwing down the casual, offhand observations. And the minute I reverted to those, I muddied the waters. I’ve read that successful blogs need to stick to one topic/style. Oh well, c’est la vie.

Like Loading...
‹ Torture: Will no one be held accountable?
‘Dedicated to the great task remaining before us’ ›