Is it frosty blueberry or just plain poison? 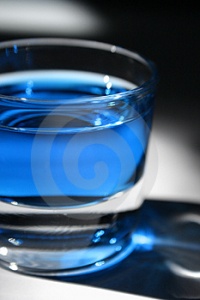 The Associated Press is reporting this morning that ten children in an Arkansas daycare center were mistakenly served windshield washer fluid instead of Kool-Aid. Fortunately only one child remains hospitalized.

I’m surprised something like this hasn’t happened before, and often. I’ve joked for years about my favorite Gatorade flavor being the blue “Windex-colored” one. And that’s only one of many examples of a consumable liquid being the same color as some toxic liquid.

Granted, humans are capable of incredible carelessness and/or stupidity, even after they are old enough to read warnings and labeling and open child-proof caps. Then they circumvent even those safety measures by storing the contents in other containers — antifreeze in a soda bottle, for example. Or, as in this case, putting the washer fluid in the refrigerator where one normally expects to find only consumables.

One obvious step, I’ve always thought, would be a law saying toxic liquids must be a specific, distinct color and that no liquid sold for human consumption could be that color. Maybe add some specific, truly awful flavor.

Manufacturers and marketers, of course, will argue that any change is the other guy’s responsibility. It’s fine to please homemakers with orange-colored, orange-scented cleansers; beverage makers should choose another flavor and color. That blue Windex color was distinctive for decades before beverage makers decided it was a pretty color for drinks, particularly “cool” or “blueberry” flavors. (Meantime, Windex now comes in other “tasty” colors.)

Most of the flavors and colors are artificial anyway. Change shouldn’t be that hard. Except where there are sales to be lost; then it will be. Quick, name a color not used today for drinks that could be used for toxic liquids.

Once upon a time, yucky stuff smelled and probably tasted yucky. Foods and drinks smelled and tasted yummy. Then we decided our yucky stuff should smell all orange-y and lemony and citrus-y, and our drinks should be that nowhere-in-nature blue and medicine should taste like candy, and things started getting mixed up.