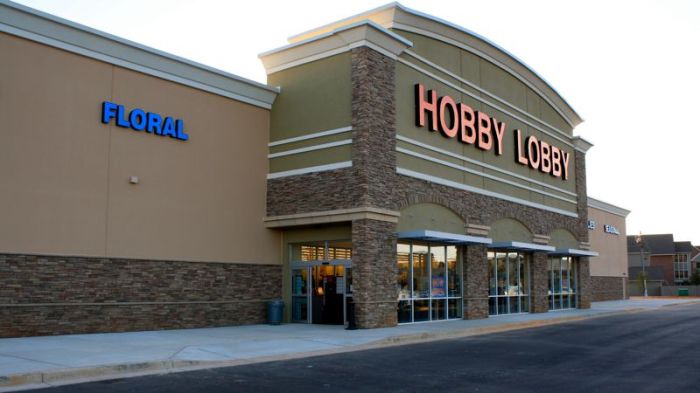 Mother Jones today reported that Hobby Lobby, that bastion of corporate Christianity, is up to its eyeballs in … uh … hypocrisy.

Hobby Lobby’s owners, the Green family, last week presented to the Supreme Court its argument that the company should not have to pay for employee health insurance that includes contraceptives, which it considers to be abortifacients despite scientific evidence to the contrary, and thus a violation of its religious freedom. No mention of their employees’ freedoms.

Several of the mutual funds in Hobby Lobby’s retirement plan have holdings in companies that manufacture the specific drugs and devices that the Green family, which owns Hobby Lobby, is fighting to keep out of Hobby Lobby’s health care policies: the emergency contraceptive pills Plan B and Ella, and copper and hormonal intrauterine devices.

This comes after an earlier revelation that Hobby Lobby, prior to filing its lawsuit against the ACA regulations, actually had been covering the very drugs the suit objects to covering.

The Greens can’t be all that concerned about their religious beliefs and those evil contraceptives if they didn’t even know they were already paying for them before they filed their suit and, three months later, still haven’t bothered to divest themselves of investments in those contraceptives.

This whole Hobby Lobby lawsuit is a pile of … hypocrisy. Let’s hope the court that declared corporations are people has more sense this time.