D-Day: Etched in the sands of time

(Yesterday was the 70th anniversary of D-Day, the June 6, 1944, Normandy invasion — the beginning of the end of World War II. The following post from last September is as appropriate for D-Day as it was for International Peace Day.) 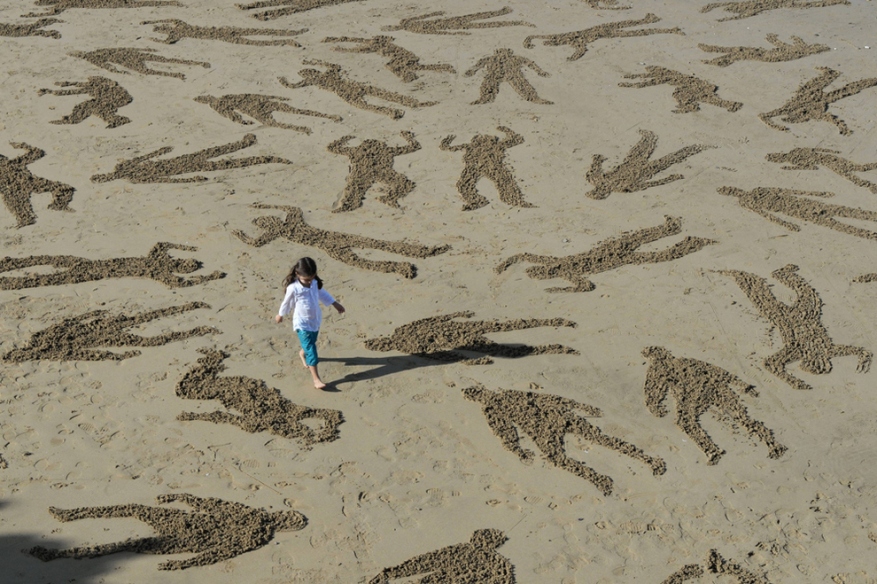 British artists Jamie Wardley, 33, and Andy Moss, 50, and a team of volunteers traveled to Arromanches beach, Normandy, to create this haunting reminder of the lives lost during the Operation Neptune landing on June 6, 1944.

Some 9,000 ghostly silhouettes were stenciled into the sand, then left to be washed away a few hours later by the rising tide.

Speaking of the project, titled “The Fallen,” Wardly said, “The idea is to create a visual representation of what is otherwise unimaginable, the thousands of human lives lost during the hours of the tide during the Second World War Normandy landings.”

The artists said they hoped their art, done for international Peace Day, would remind people of the value of peace.

See the story and more pictures: Haunting reminder of millions of lives lost in war as artists stencil 9,000 bodies onto Normandy beach to mark Peace Day