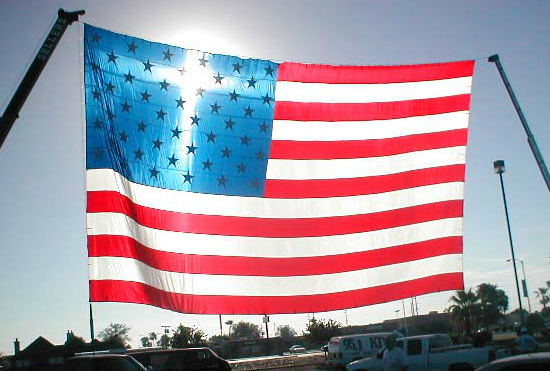 “On religious issues there can be little or no compromise. There is no position on which people are so immovable as their religious beliefs. There is no more powerful ally one can claim in a debate than Jesus Christ, or God, or Allah, or whatever one calls this supreme being. But like any powerful weapon, the use of God’s name on one’s behalf should be used sparingly. The religious factions that are growing throughout our land are not using their religious clout with wisdom. They are trying to force government leaders into following their position 100 percent. If you disagree with these religious groups on a particular moral issue, they complain, they threaten you with a loss of money or votes or both. I’m frankly sick and tired of the political preachers across this country telling me as a citizen that if I want to be a moral person, I must believe in ‘A,’ ‘B,’ ‘C’ and ‘D.’ Just who do they think they are? And from where do they presume to claim the right to dictate their moral beliefs to me? …

“I am warning them today: I will fight them every step of the way if they try to dictate their moral convictions to all Americans in the name of ‘conservatism.'”

Those are not my words. And I could not have been more surprised when I saw them. They are the words of Sen. Barry Goldwater (R-Ariz.) in a speech to the US Senate on September 16, 1981. An arch-conservative considered an “extremist” by many when he ran for president in 1964, he’d be appalled by what the right-wingers in his party are doing today — trying at every turn to impose their religious beliefs on the rest of the country. GOP conservatives have slipped a very long way from their “small government” and “big tent” positions of the past.

For several weeks the headlines have been about the so-called “religious freedom” legislation in Indiana and several other states. But now conservatives are back to their years-long campaign to impose their religious beliefs about abortion on every woman in the country, in direct opposition to the right of women to make their own choices. The latest salvo is a shiny new Kansas law prohibiting what it calls “dismemberment abortion” and defines as “knowingly dismembering a living unborn child and extracting such unborn child one piece at a time from the uterus.” Or to put it in neutral, correct medical terms, the law bans a procedure known as dilation and evacuation (D&E). However it’s described, banning the procedure is an intrusion by zealots and politicians into the legal and medical rights of women. (A similar bill reached the Oklahoma governor’s desk Wednesday.)

“Mark my word, if and when these preachers get control of the [Republican] party, and they’re sure trying to do so, it’s going to be a terrible damn problem. Frankly, these people frighten me. Politics and governing demand compromise. But these Christians believe they are acting in the name of God, so they can’t and won’t compromise. I know, I’ve tried to deal with them.”     — Barry Goldwater, November 1994, as quoted in John Dean, Conservatives Without Conscience, 2006

"A republic, if you can keep it" ~ Ben Franklin Cancel reply