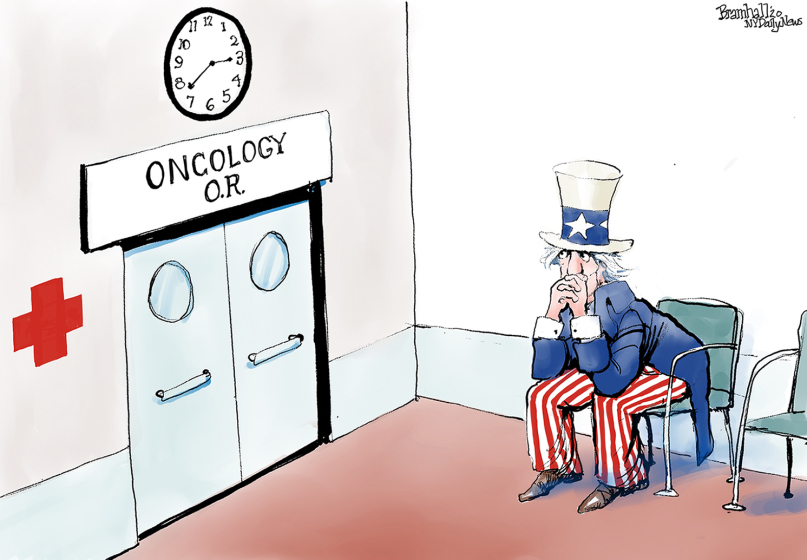 (Okay, I confess it took me a second to understand this cartoon, but it is very apropos for that half of the country that is waiting anxiously for word that the cancer in the nation’s heart has been successfully removed.)