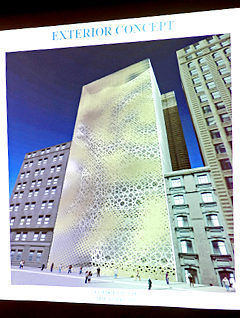 New York City’s Landmarks Preservation Commission has voted not to grant protection to an old building in downtown Manhattan, thus clearing the way for construction of a new Muslim mosque and community center — the highly controversial “Mosque at Ground Zero” that will actually be two blocks away.

Good. That’s as it should be. This is America, after all. Freedom of religion and all that. There’s no good reason why a religious group, or anyone else, shouldn’t be able to buy property and build something, provided they meet all the applicable zoning and funding laws, etc.

To put a fine point on it: I’m more afraid of those who oppose the mosque than of the Muslims who will build it.