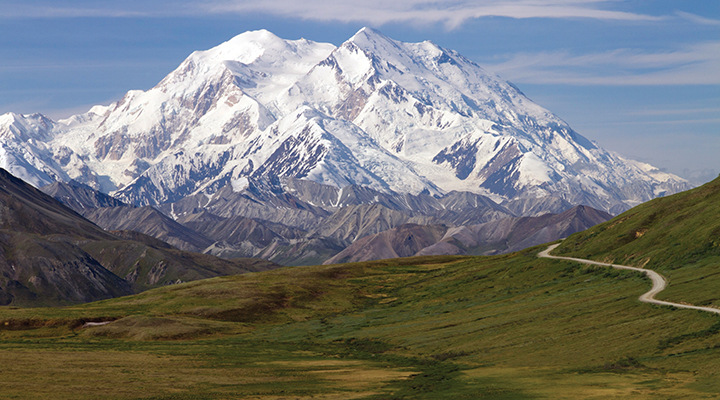 I’ve seen a lot of photos of Alaska’s Denali, highest mountain in North America. But for some reason this particular photo really caught my attention. Maybe it’s the contrast of the rolling green land in the foreground. It looks like someone took several dozen mountains and just dropped them all in the same spot. Peaks and ridges sticking out all over the place. This is a mountain I’d call “Sir.”

Formerly known as Mt. McKinley, this ‘little’ lump in the landscape is 20,310 feet high. It has had a number of different names over the years, but Denali is the one originally bestowed by the local Koyukon Athabascan people hundreds of years ago.