Even with photos, it’s difficult to imagine the devastation in the Bahamas caused by Hurricane Dorian, hard to grasp the effects of a Category 5 hurricane parking itself over sea-level islands for 24 hours or more. The photo above is typical of many I’ve seen from the Bahamas; I’ve seen better-looking landfills.

And as if landfill status weren’t enough, much of Grand Bahama Island is now under water. This satellite image shows the before and after: 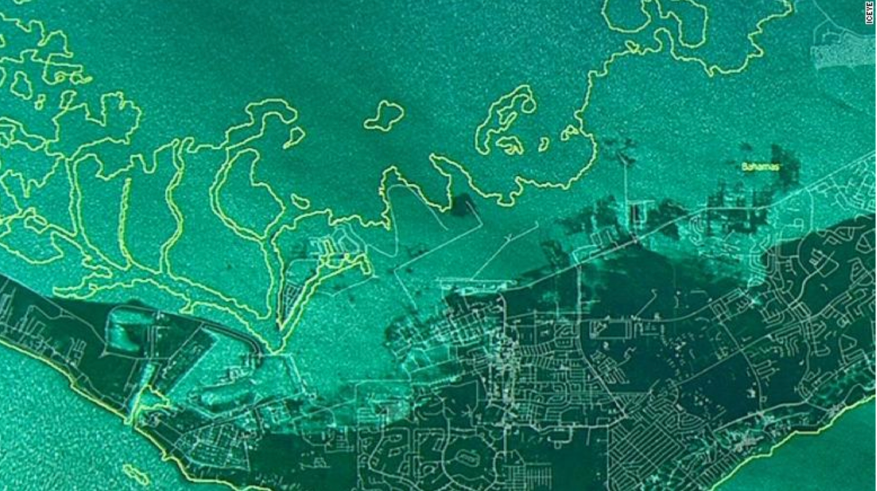 Reports today say the Freeport airport, base for much air traffic to and from the islands, has been completely destroyed. Until it can be opened, relief efforts will be limited.

And about those relief efforts. We saw the relief efforts (or lack thereof) in Puerto Rico two years ago — and that was in an American territory, home of US citizens. My own theory for Trump’s pathetic response there is that he thinks Puerto Rico is another country populated by Hispanics, part of the “invading forces” along our southern border. That doesn’t bode well for his response in the Bahamas, a predominantly black independent nation.