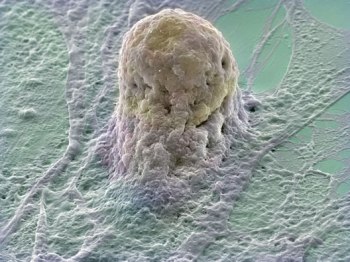 In a very heated and ongoing debate, religious ideologues argue that it is immoral to use/destroy embryonic stem cells — “human life” — for scientific research. Scientists have argued that stem cell research — typically using cells already destined for destruction — can lead to breakthroughs and cures for many diseases and injuries.

According to the AP report, President Obama “said he came down on the side of the majority of Americans who support increased federal funding for the research, both because strict oversight would prevent problems and because of the great and lifesaving potential it holds.”

To those who object to stem cell research, whatever your reasons, I say: That’s fine; don’t participate. No one is forcing you to. Don’t do such research, don’t contribute cells, don’t partake of any cures or discoveries resulting from such research. It’s easy for you to adhere to your beliefs in this way. In this, as in so many other matters, you have always been free to follow your religious beliefs. You have never been free, however, to impose those beliefs on others. Nor was President Bush.