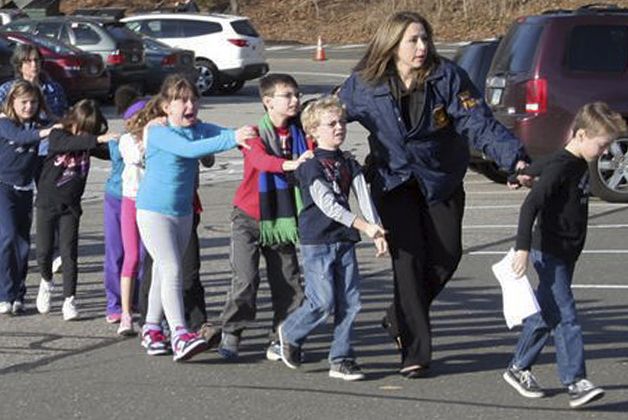 If I could scream on the Internet, I would. I’m screaming here now. There has been another mass shooting, this time at an elementary (K-4) school in Connecticut. An elementary school!! The first report I heard said 12 dead, including children. The latest is saying 27 are dead and at least 20 of those are children.

What’s it going to take in this country to control guns!!?? This is enough. It’s too much. It’s insane. Mass shootings at a theater in Aurora, Colo., in July, at a shopping mall in Oregon three days ago, and now at a grade school in Connecticut. And still we have lawmakers dragging their feet, afraid to offend the almighty gun lobby, afraid to jeopardize their own reelection chances. And some of them, of course, unwilling to limit their own gun ownership.

Just yesterday Colorado’s governor changed his stance a bit and suggested that now, finally, it is time to address gun laws in Colorado. Ya think? And just yesterday in the Denver Post there was a story about whether or not the state should continue to issue concealed carry permits for which applicants need only take a brief, online test. Online! Not even face-to-face hands-on training. To carry a lethal weapon.

We are the only civilized nation on earth that allows so many guns. Or guns at all. And “civilized” seems a gross misstatement at the moment. Second Amendment rights? Really? Things like this happen and you want to talk to me about your right to have guns? Do you want the blood of those children on your hands? It is, you know. Every time you fight against tighter, more restrictive gun laws, you are making more guns available to everyone, including those who aren’t as responsible as you claim to be. Don’t tell me it wasn’t your fault, that you are a responsible owner, that your right to carry is somehow protecting other people and preventing more mass shootings. It’s not. You are delusional. The lax laws you defend are putting more guns into our society every day, thus making more guns available to the irresponsible, sick, lawless individuals among us. You must realize this.

The Second Amendment protects “the right to bear arms.” It’s time we consider whether that amendment, as currently written, has outlived its usefulness and is doing more harm than good.

I have two grandchildren in class right now at an elementary school half a mile from here. Don’t talk to me about your precious right to bear arms. Don’t. Even. Mention. It. 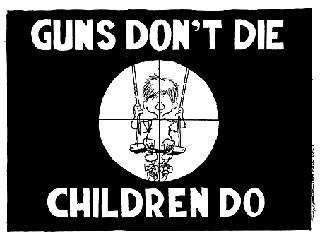