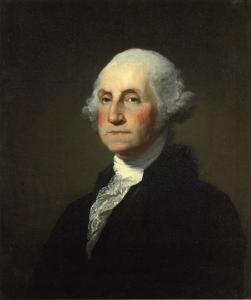 As the public impeachment inquiry of Donald Trump begins, I feel a need to reprint (for the third time) this post from Feb. 20, 2011:

“They [political parties] serve to organize faction, to give it an artificial and extraordinary force; to put, in the place of the delegated will of the nation, the will of a party, often a small but artful and enterprising minority of the community; and, according to the alternate triumphs of different parties, to make the public administration the mirror of the ill-concerted and incongruous projects of faction, rather than the organ of consistent and wholesome plans digested by common counsels, and modified by mutual interests.

“However combinations or associations of the above description may now and then answer popular ends, they are likely, in the course of time and things, to become potent engines, by which cunning, ambitious, and unprincipled men will be enabled to subvert the power of the people, and to usurp for themselves the reins of government; destroying afterwards the very engines, which have lifted them to unjust dominion.

“The alternate domination of one faction over another, sharpened by the spirit of revenge, natural to party dissension, which in different ages and countries has perpetrated the most horrid enormities, is itself a frightful despotism.”

— George Washington
from his Farewell Speech, 1796

Note: There were no party affiliations when Washington was president.

7 thoughts on “The prescience of George Washington”