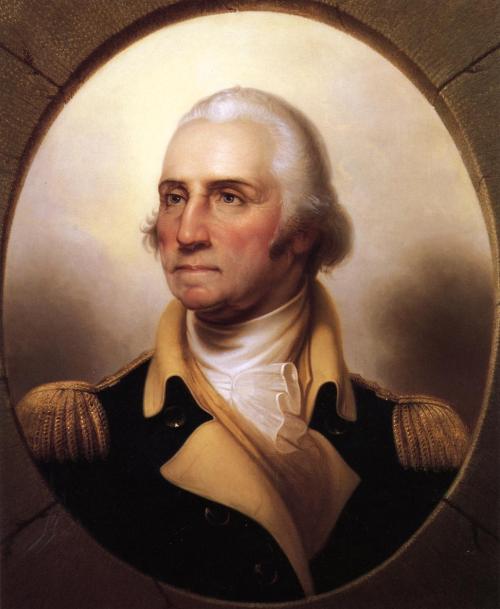 While it lacks the punch of the excerpted quote, the full text of George Washington’s charge to the Northern Expeditionary Force on September 14, 1775 was as follows:

Sir: You are intrusted with a Command of the utmost Consequence sequence to the Interest and Liberties of America. Upon your Conduct and Courage and that of the Officers and Soldiers detached on this Expedition, not only the Success of the present Enterprize, and your own Honour, but the Safety and Welfare of the Whole Continent may depend. I charge you, therefore, and the Officers and Soldiers, under your Command, as you value your own Safety and Honour and the Favour and Esteem of your Country, that you consider yourselves, as marching, not through an Enemy’s Country; but that of our Friends and Brethren, for such the Inhabitants of Canada, and the Indian Nations have approved themselves in this unhappy Contest between Great Britain and America. That you check by every Motive of Duty and Fear of Punishment, every Attempt to plunder or insult any of the Inhabitants of Canada. Should any American Soldier be so base and infamous as to injure any Canadian or Indian, in his Person or Property, I do most earnestly enjoin you to bring him to such severe and exemplary Punishment as the Enormity of the Crime may require. Should it extend to Death itself it will not be disproportional to its Guilt at such a Time and in such a Cause: But I hope and trust, that the brave Men who have voluntarily engaged in this Expedition, will be governed by far different Views. that Order, Discipline and Regularity of Behaviour will be as conspicuous, as their Courage and Valour. I also give it in Charge to you to avoid all Disrespect to or Contempt of the Religion of the Country and its Ceremonies. Prudence, Policy, and a true Christian Spirit, will lead us to look with Compassion upon their Errors without insulting them. While we are contending for our own Liberty, we should be very cautious of violating the Rights of Conscience in others, ever considering that God alone is the Judge of the Hearts of Men, and to him only in this Case, they are answerable. Upon the whole, Sir, I beg you to inculcate upon the Officers and Soldiers, the Necessity of preserving the strictest Order during their March through Canada; to represent to them the Shame, Disgrace and Ruin to themselves and Country, if they should by their Conduct, turn the Hearts of our Brethren in Canada against us. And on the other Hand, the Honours and Rewards which await them, if by their Prudence and good Behaviour, they conciliate the Affections of the Canadians and Indians, to the great Interests of America, and convert those favorable Dispositions they have shewn into a lasting Union and Affection. Thus wishing you and the Officers and Soldiers under your Command, all Honour, Safety and Success, I remain Sir, etc.

I’ve been looking for the full text and found it a few hours ago in a 2007 post at the Daily Kos and it appears on several other sites, all secondary sources, unfortunately. As the Kos writer pointed out in an interesting analysis, Washington’s spirit and intent is clear. He’d have abhorred what the CIA and our leaders did in our name. As do I.

I also found another apropos Washington quote. When asked how British prisoners should be treated, he said: “Treat them with humanity, and let them have no reason to Complain of our Copying the brutal example of the British Army in their treatment of our unfortunate brethren.”

Apparently Washington’s wisdom and compassion were too old-fashioned for the Bush administration.