Justice Kavanaugh lives down to expectations 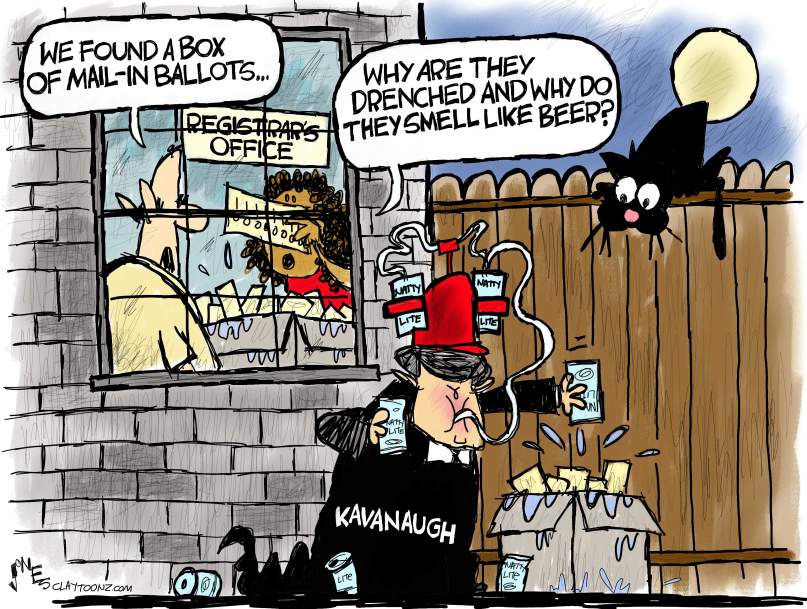 Who can forget his confirmation hearings: Kavanaugh ‘belligerent and aggressive’ when drunk … or sober.

In brief, he cited Vermont as a state that had not made changes in its election rules to accommodate the late receipt of mail-in ballots, when in fact in had.

He said those states with Election Day deadlines “want to avoid the chaos and suspicions of impropriety that can ensue if thousands of absentee ballots flow in after election day and potentially flip the results of an election.” Justice Elena Kagan pointed out in her dissenting opinion that “there are no results to ‘flip’ until all valid votes are counted.”

Rather conveniently, Kavanaugh was trying to bolster Pres. Trump’s belief that all votes should be counted no later than the evening of Election Day.

(Story updated Oct. 31 to include relevant details of Kavanaugh’s opinion.)